Just across the valley from Gudauri is a very popular hike to Lomisa monastery – a functioning monastery on a high ridge inhabited by monks year-round. The trail is often loaded with tourists, especially in winter as nearly every guided ski tour group goes there. Little do they know that absolute solitude lies just a bit further east in the Fairytale forest.

The Fairytale forest can be done as an out-and-back hike to totally avoid the crowds, or as a loop by ascending via Lomisa monastery. To ascend via the monastery, follow our guide here (link) and then follow the ridge to the east until you reach the forest.

Though not world-class tree skiing, this is a great ski tour option on low visibility or higher avalanche danger days due to the relatively low angle and abundance of visual landmarks. It also holds powder longer than other areas thanks to the shelter provided by trees. 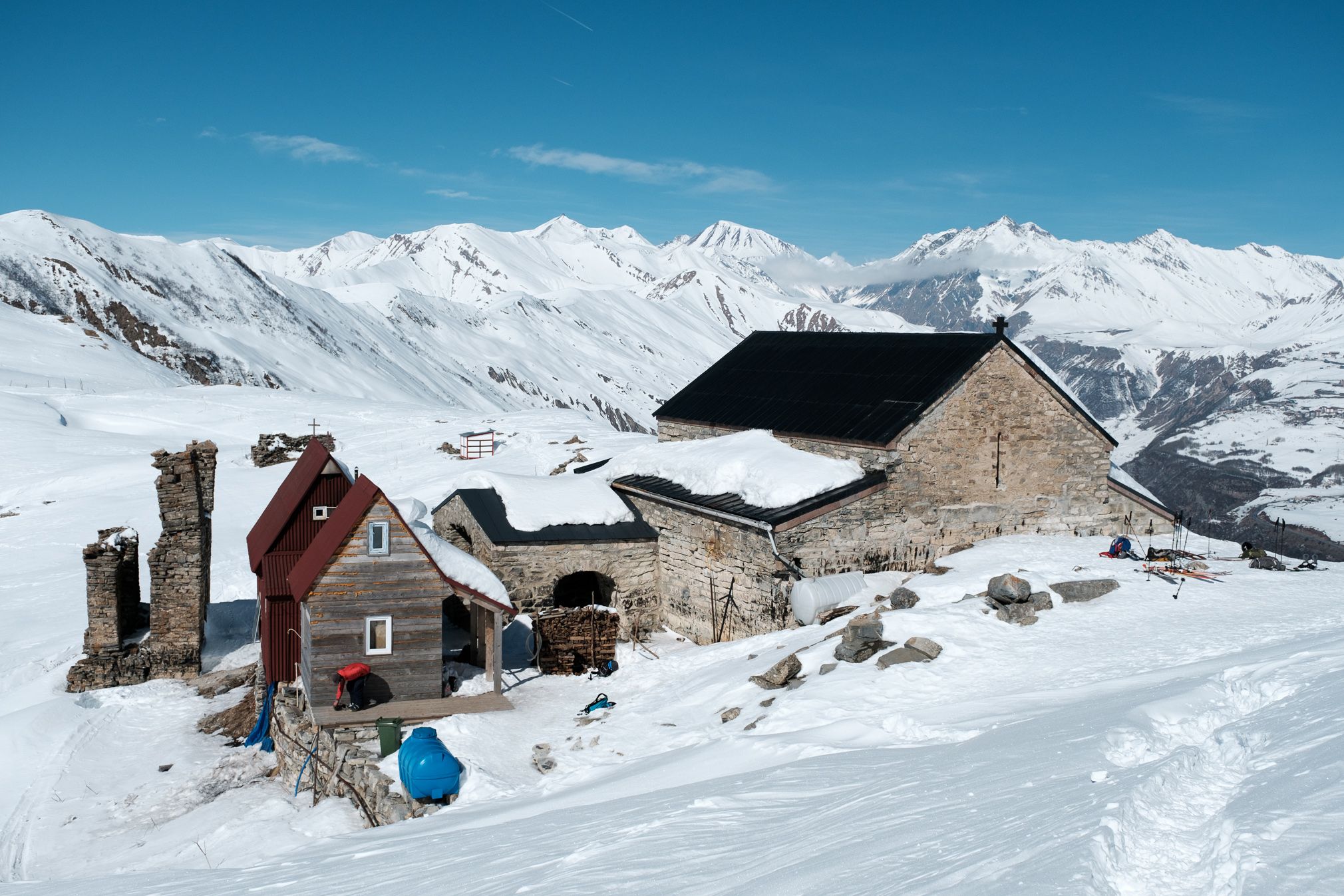