You should start at the Physics Institute (the ‘Aragats’ Scientific Station) on the slopes of Aragats by car, and then start walking uphill using the marked trail. The snow is partially melted at this time of the year, so you can see Stone Lake (Kari Lich), one of the crystal-clear mountain lakes of Armenia.

To get to the Physics Institute, you could also take a bus from Yerevan to Byurakan, and take a taxi from there to the start of the route. 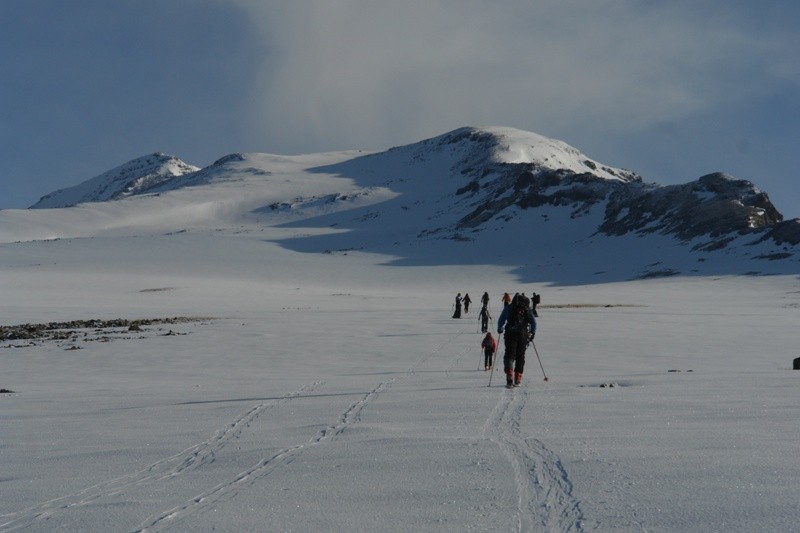